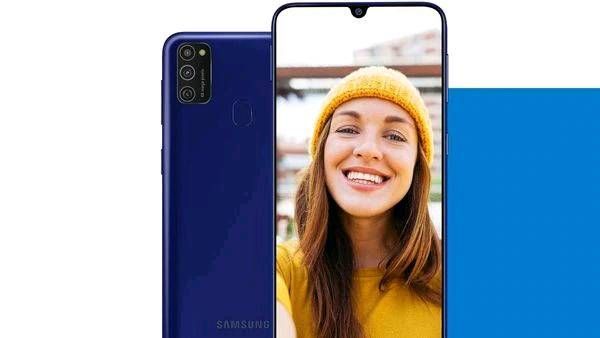 Samsung has launched its latest budget smartphone Galaxy M21 in India as promised. The smartphone comes with a massive battery and a triple rear camera setup.

The Samsung Galaxy M21 features a 6.4-inch full HD+ display with Infinity U display and 1080x2340 pixel resolution. The display is protected with a layer of Corning Gorilla Glass 3 on top. The smartphone is powered by Samsung’s own octavos-core Exynos 9611 processor.

The smartphone runs Android 10 operating system topped with the company’s own layer of One UI. The device packs 4GB of RAM and 64GB/128GB internal storage. Users can further expand the storage by adding a microSD card.

Coming to the cameras, the sports triple rear camera with 48MP main sensor, 8MP ultra-wide-angle lens and a 5MP depth sensor. The front is home to a 20MP selfie shooter. The smartphone comes equipped with a rear-mounted fingerprint sensor and is backed by a 6,000 mAh battery with 15W fast charging support.