Subsequent to dispatching the Galaxy F02s, Galaxy F12, and the Galaxy M12 in India, Samsung is prepared for the dispatch of one more mid-range cell phone: Galaxy M42. It could turn into the primary 5G cell phone in the Galaxy M arrangement. The telephone got different accreditations in the course of recent weeks, crawling nearer to the dispatch. Presently, the organization has at last begun prodding the telephone, and another report has tipped its normal value range.

Various YouTubers from India have begun distributing a mystery video of the Galaxy M42 on Twitter. The secret video makes reference to #FastestMonster and 5G network, and the tweets contain the #GalaxyM42 hashtag. The Galaxy M42 5G is required to be a rebranded Galaxy A42 5G for the Indian market. It may impart a great deal of its details to the Galaxy A42 5G, with the exception of the battery limit. System M arrangement cell phones are for the most part known for utilizing higher limit batteries when contrasted with the Galaxy An arrangement, so we can expect the Galaxy M42 to highlight a 6,000mAh (or greater) battery.

Galaxy M
rubbing salt with F62 and rubbing lemon with M42. They'll be rubbing chilli with M52 on our wound and if M62 exists they'll be mixing everything so far and rub it on our wounds
0 Likes
Share
Reply 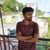 Galaxy M
Bro better go for A,S and Note Series.You will get better perks out of Samsung from these series only.And about other M,F series.These are good for nothing.No knox,no full fledged ONE UI.
0 Likes
Share
Reply

Galaxy M
Yah!.But if you wish you can atleast upgrade to A Series na?By selling present device at good price.And putting some money it it again from your side.You can go for better.
0 Likes
Share
Reply

Galaxy M
I'm happy, all I need is CA on this
0 Likes
Share
Reply

Galaxy M
I don't see any hope of CA on M Series.If Samsung wants to enable CA on M Series.Then they should have been enabled it by now.But they are not enabling it even after lots of post are posted in demand for CA on M Series.
0 Likes
Share
Reply