ImSRV
Expert Level 5
So as we all know M30s got October security on 15th October which I didn't expected so soon but its Samsung anything happens. 😂😂
Same like before June and July now we got 2 security updates September and October in same month.

It's just a security update so, don't expect something new.
I want to highlight some of the points or issues I observed.
First things first
1. Restart :
As usual smartswitch pc is still abnormal and gave me bootloop. I have to use odin again to update. It's smartswitch issue not update. Once update is done I didn't faced any restart /reboot issues.
2. Bloatware :
As I already have phonepe and I use it I didn't got any other bloatware but from other users I came to know only phonepe added. So, I didn't noticed.
3. Hotspot :
Yup still I don't have any issues with hotspot and I can easily connect my laptop and pc to mobile.
4. Network issues :
Increased further. 🤦‍♂️🤦‍♂️ Starting from June with every update network issues becoming worse. You can say that its network provider issue but trust me i used my same airtel, jio sims in S9, J7 prime, ON Nxt and vivo v15 Pro none of the mentioned devices has issues and I can get min 16mbps on same sims in those devices.
In M30s airtel not at all giving net after this update and jio at 500kbps.
5. Connectivity :
No, I don't have hotspot issues. But if you saw my previous post I mentioned I have WiFi issues it's still same stuck at 20-30mbps where others can get 50mbps.
BT - last update fixed my bt issue and for 10days not a once bt disconnected while using my headsets and buds. But after this update in 2 days they got disconnected more than 20 times.
6. Camera :
I observed that quality of pictures in 48mp mode is reduced. I see at 1x zoom itself picture is somewhat blurred which didn't happened before.
As confirmed by other front camera quality also reduced.
7. Ui lags :
Compared to before I see some lag while scrolling, gaming.
8. Dolby / audio :
If you are regular user of music, movies with headsets like me then you may observed or its me.. But I feel the audio quality is reduced. Dolby doesn't provide that feel and bass which I used to get before. I have JBL BT headset, realme buds q at 30% itself audio used to be loud with balanced bass and treble. But now even at 70% I can't hear vocals clearly.. Some noice or something is not good. Same headsets working fine in other devices and I tested with my friends apple airpods 2 and Samsung buds only issue with M30s.
9. Battery :
Backup is not bad. I didn't played games much just for 1hr/day and used YT, hotstar and prime much in these 2 days. This is the SoT I got with my usage. 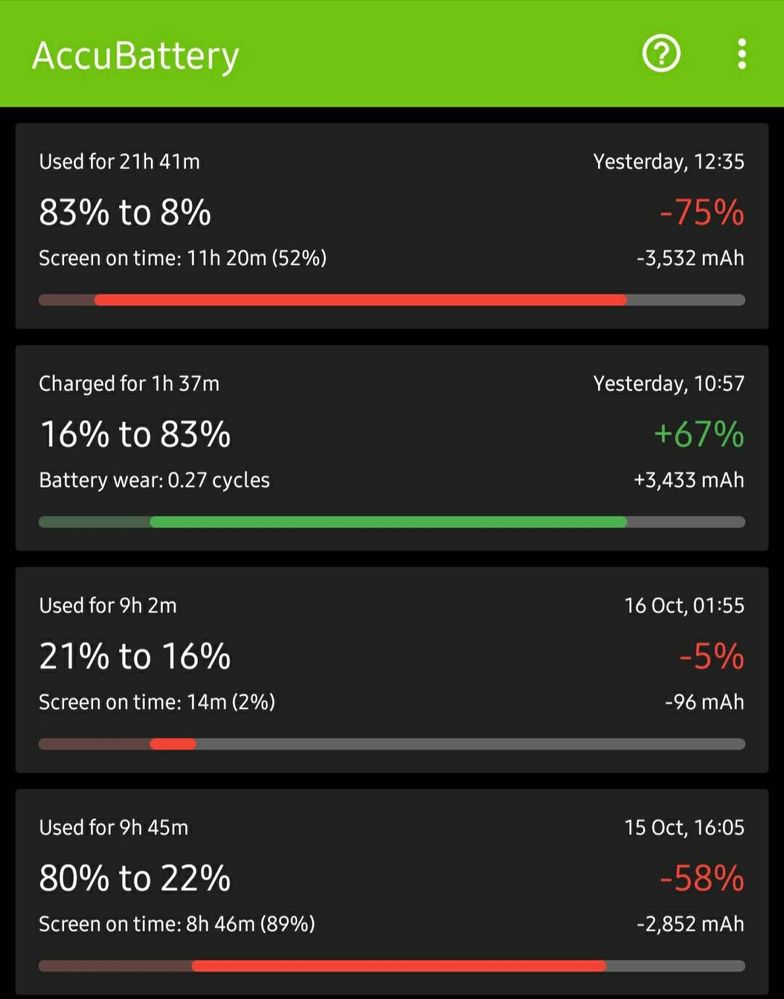 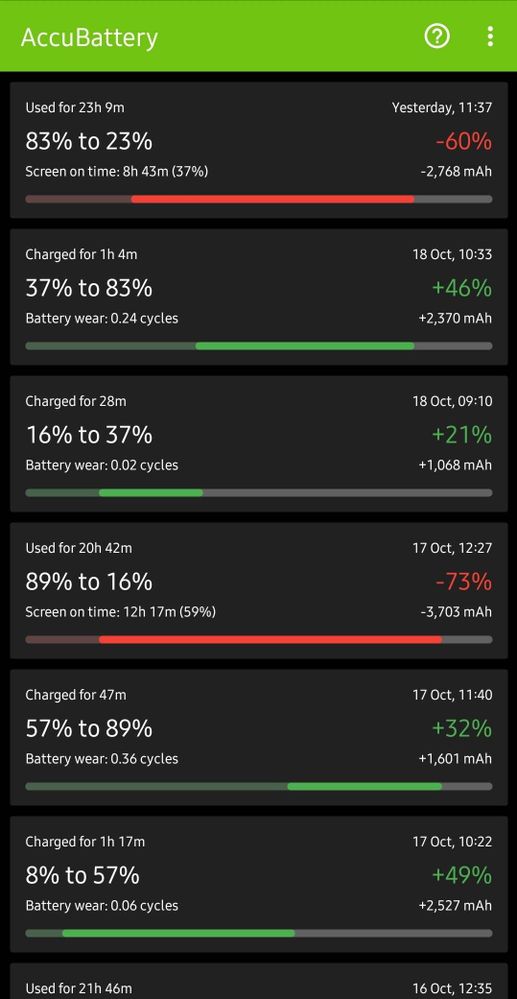 Deep sleep drain :
On 17oct 4% in 8hrs 25min. And on 18 Oct 9% in 14hrs 45min.
10. Ram management :
Ram management became worse in my device not able to use more than 3 apps in background.. Every 4rth app closes and restarts when I re-open. Yes background process set to standard only I don't or never change it. And avg ram consumption raised to 3.8gb seriously before it used to be 2.8gb max.... I checked memory details and nothings wrong with that but some hidden process or a bug.

11. Messages :
Users feel that something new in messages app but no useful cards is available before also.. Now UI just shows information of useful cards. That's it nothing new.

12. Calling :
The audio quality on call is drastically reduced. Before the audio quality is so good that I can hear voice even in heavy traffic or on bike. But now even in house without any disturbance also callers voice is soo low even in full volume.. For this I have to use headsets or put the call on speaker with low volume setting.
13. Biometrics :
Yaa no issues in unlocks but if it was a single app issue I would not have complained. All banking apps and biometrics enabled apps like gpay, paytm, kotak etc and WhatsApp has a delay of 5-10 sec to ask for unlock and to detect finger..
These are my observations.. Mention in comments if i missed any.. 🤗🤗
15 Likes
Share
Comment

ImSRV
Expert Level 5
In response to mesuraj
Download firmware from sammobile. Extract and in odin select AP, BL, CM and CSC/HOME_CSC in respective places. Power off device.. Connect USB cable while holding volume up and down to enter download mode. Click start.

Remember if you do it wrong you may brick your device so, I suggest you to visit service center for this.

ImSRV
Expert Level 5
In response to Dileepsalian
I think you didn't see my post properly smartswitch pc is working abnormally now ota is better than it or if glitches with ota better visit service center rather smartswitch..
1 Like
Share
Reply
Reply
Loading...

Dileepsalian
Expert Level 1
In response to ImSRV
last month i updated 2 times via smart switch bro, nothing happened for me, i have a50
0 Likes
Share
Reply
Reply
Loading...

ImSRV
Expert Level 5
In response to Dileepsalian
Then you are lucky I guess.. I got issues 3 times with my S9 and M30s.. Also tried with 2 other pc thinking its my laptop problem but same. Also you can check that post @interchupipi got issue with S9 and @iamiceparticle got issues with A71. Also we have a group in discord almost all said that they got issue.
So, I'm just giving warning if not I myself used to suggest smartswitch over ota. 😁😁
1 Like
Share
Reply
Reply
Loading...
Related Content