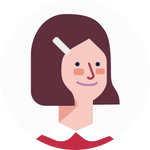 DecadeSamsungLover
Active Level 1
I have been using Samsung Phones since last 10 years. I am 23 now and for the first time I had a keypad phone at my home for our personal use when I was 13. Since then every year after my High School Graduation at 15, I've  been purchasing a new Samsung Phone every year.
I have never liked any brand besides Samsung and have never even used other mobile phones brand.
It extremely annoys me when someone argues with me against Samsung, especially comparing Samsung with IPhones. I never like IPhones even though my brother uses one IPhone XR.
In India, when I see  someone using Chinese Phones like Oppo & Vivo Phones, the thought comes to me that these people are unware of Originality of Android Phone by Samsungs whatever it is but the truth will be the same that Samsung if the Supreme of Android Phones and the Oppo & Vivo's will be no longer like Micromax in coming years which people had before.
To my opinion, Samsung will always be the Game Changer and the Supreme of all the Phones whether it is Android or IOS and the Samsung Commercials is just like icing on the cake, the one which still amazes me is the Samsung Bixby commercial.
Thanks Samsung for this M30s which I just purchased yesterday and loving it.💯
I love you Samsung.❤
#GoMonster.
Best 3 Samsung Phones which are still with me all and still using them too.
2017: On7Pro.
2018: J6 Infinity.
2019: M30s.
7 Likes
Share
Comment 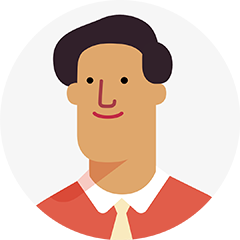 Sciphile
Active Level 6
Don't mean to be rude, even I'm using the same device. But Chinese manufacturers like Xiaomi and Realme are here to stay, they rule the budget segment. Samsung is catching up though recently by introducing the M and A series.

DecadeSamsungLover
Active Level 1
Certainly will just give a trail to a Pixel device which my cousin sister uses. But still will be falling for Samsung.
0 Likes
Share
Reply
Reply
Loading...
Highlighted

I kinda agree with you. I believe that Samsung is one of the better brands. However, calling people using other brands ignorant is elitist. Different people have different choices. Those brands offer different things. After my last Windows phone died, I switched to those brands when Samsung failed to offer me things I wanted - value and UX. Those brands provided at least one of those things - value. There are variables. But considering Indian economy, mindset and unexplored demographic - I doubt Samsung can match those brands in terms of value.

I purchase M30s the products which i Search is not found i use Samsung phone from many years..but i very disappointed with M30s phone
1 Like
Share
Reply
Reply
Loading...
Highlighted