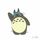 Samsung’s next Galaxy M series
smartphone is expected to be the Galaxy M51. The smartphone has been spotted on certification sites and its product page also went live on Samsung’s Russia website. Now a new leak suggests that the Galaxy M51 will pack a mammoth 7,000mAh battery.

A 7,000mAh battery is quite plausible since Samsung hasn’t been shy of launching phones with massive batteries, in the Galaxy M series at least. The most recent Galaxy M31s comes with a 6,000mAh battery and so does the Galaxy M30s. Along with a 7,000mAh battery, the Galaxy M51 could come with support for 25W fast charging. This leak comes from MSP which also suggests the Galaxy M51 will sport a quad camera setup with a 64-megapixel primary sensor. Samsung could use its ISOCELL sensor for the Galaxy M51. The smartphone is also said to feature a 6.67-inch FHD+ AMOLED display.

The Galaxy M51 has been spotted on Geekbench as well. According to this listing, the Galaxy M51 is powered by Qualcomm’s Snapdragon 730 processor paired with 8GB of RAM. The smartphone runs Android 10 out-of-the-box which would be layered with One UI on top. In addition to the 64-megapixel sensor, Galaxy M51 is expected to feature a 12-megapixel ultra-wide angle lens.

The launch of Galaxy M51 will come shortly after the Galaxy M31s which made its debut just this month.
What we have been expecting - News
0 Likes
Share
Comment 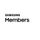 AMPK
Expert Level 2
In response to Aarush786
Yes some news says it is SD 675 with 4000 mAh battery. Need to wait for official update on this.
0 Likes
Share
Reply
Reply
Loading...