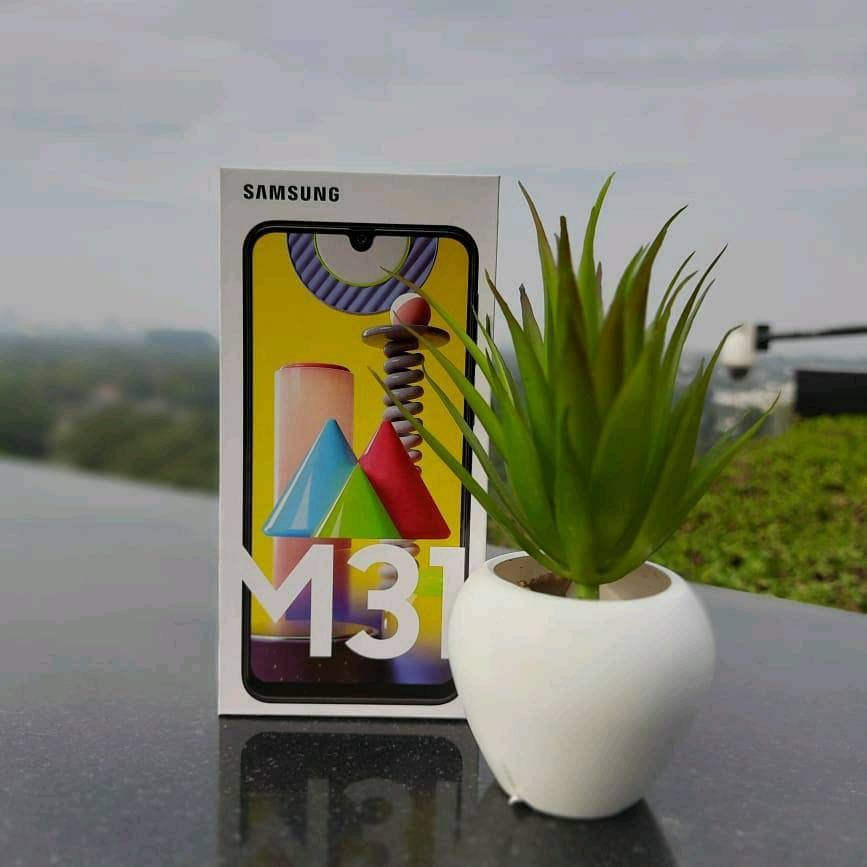 Samsung has announced the Galaxy M31 as the successor to the M30s and the seventh phone in its M-series. The phone carries forward Samsung's mid-range lineup with features such as 64MP quad cameras, massive 6,000mAh battery with fast charging, and a Super AMOLED screen to watch videos on.
The Galaxy M31 is priced starting at Rs 15,999 for the base variant with 6GB RAM and 64GB storage and Rs 16,999 for the version with 128GB storage. It goes on sale from March 5 and will be available on Amazon, Samsung India store and select retail stores across India.

Samsung Galaxy M31 features a 6.4-inch Super AMOLED screen with Full HD+ (2340 x 1080 pixels) resolution and a u-shaped notch that houses the front-facing camera. This gives the screen a 19.5:9 aspect ratio, which is topped by a layer of Gorilla Glass 3 for added protection against regular wear and tear.

The phone is powered by Samsung Exynos 9611 chipset with an octa-core CPU and Mali-G72 MP3 graphics processor. It is paired with 6GB RAM and up to 128GB storage, which can be expanded via microSD card slot up to 512GB. Though, it's a hybrid slot and not a dedicated one.

Galaxy M31 receives upgraded cameras in-line with the growing trend in the smartphone space. It's got a 64MP primary camera with an f/1.8 aperture, an 8MP ultra-wide-angle lens with a 123-degree field of view, a 5MP macro camera, and a 5MP depth sensor. The rear cameras can record in 4K at 30fps and also supports super steady mode thanks to the presence of EIS (Electronic Image Stabilization).

The selfie camera has also been upgraded to a 32MP sensor with an f/2.0 aperture and supports 4K and slow-motion video recording.

Samsung Galaxy M31 is fitted with a 6,000mAh battery that supports 15W fast charging. There's a fingerprint scanner on the back, and the phone also supports facial unlock.