Samsung has teased the Galaxy M31 will be arriving soon with a 64MP camera but there is a chance it won’t be the only mid-range device from the Korean giant launching soon. The Galaxy M21 has just received its Bluetooth certification and we won’t put it past Samsung to announce both phones together.

The Bluetooth certificate states the Galaxy M21’s model number is SM-M215F_DS. The “DS” at the end shows this is the dual SIM variant that has been certified. 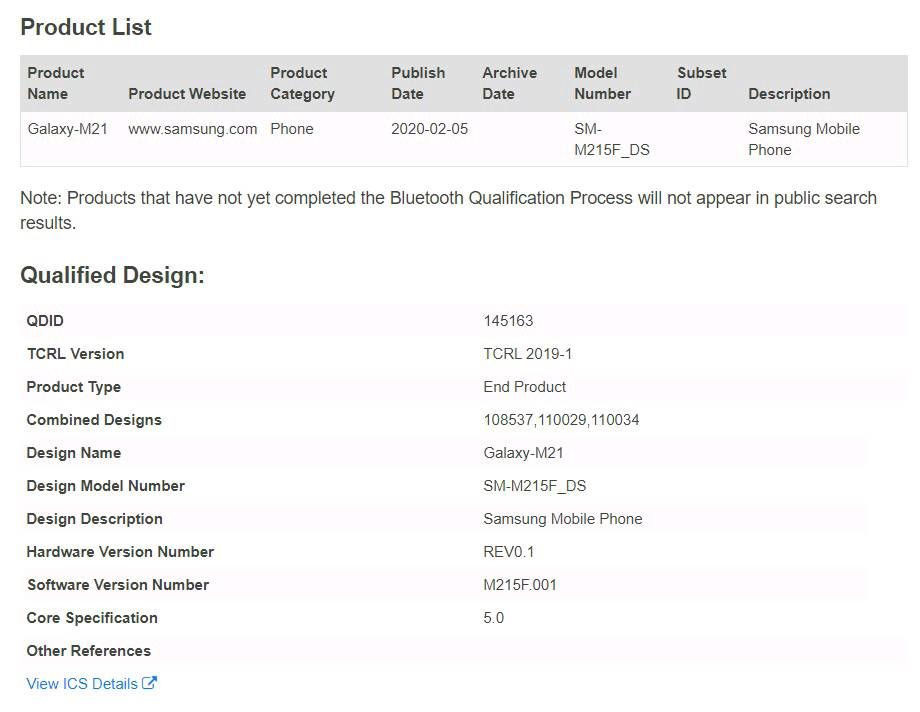 Just last week, the Galaxy M21 was seen on Geekbench with an Exynos 9611 processor and 4GB of RAM. The benchmark result also showed the device running Android 10.

There are reports the phone will have 24MP + 5MP dual rear cameras and come in 64GB and 128GB variants but they are unconfirmed. Its predecessor, the Galaxy M20 launched with a 5000mAh battery, so that should remain unchanged.