Samsung may have simplified its mid-range lineups by sticking with only the A and M series, but both of these have recently become increasingly crowded. And that isn't about to stop now.

Case in point: there's a Galaxy M11 headed our way, at some point in the (presumably near) future. This device has already been certified by the Wi-Fi Alliance, and it was recently spotted in the Google Play Console. Today, a full set of press renders see the light of day, along with the list of specs we should expect. Let's dive in. 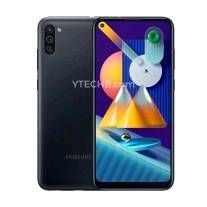 The Galaxy M11 will be offered in black, purple, and Sky Blue, as you can see from the renders. The phone will sport a 6.4-inch 720x1560 LCD touchscreen with a left-aligned punch-hole at the top housing the 8 MP selfie camera (with f/2.0 aperture).

The device is powered by a 1.8 GHz octa-core CPU, which may turn out to be the one built into the Snapdragon 450 chipset, which was hinted at by the Google Play Console listing in the past. This will be coupled with either 3GB or 4GB of RAM, and 32GB or 64GB of expandable storage 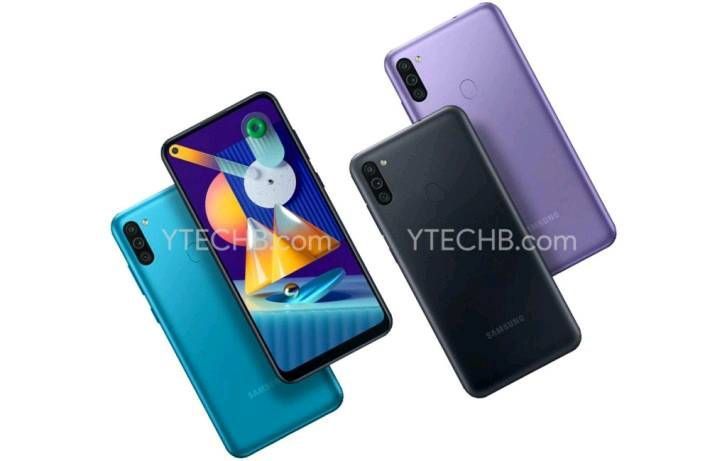 The Galaxy M11 has a 5,000 mAh battery with 15W charging (through the USB-C port). It will run Android 10 with One UI 2.0 from the get-go, and it also has a 3.5mm headphone jack. The fingerprint scanner is on the back, and face unlock will be supported (though it's of the unsecure variety).