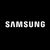 One UI 2.5 debuted with the Galaxy Note 20, Galaxy Z Fold 2, and Galaxy Z Flip 5G and has since then been released for numerous other Galaxy devices, including the Galaxy S20 series, the original Galaxy Fold, the Galaxy A71, and even the Galaxy M31 ,M21, one of Samsung’s most affordable mid-range phones. More devices will get the update to One UI 2.5 soon, although many Galaxy phones and tablets will likely skip directly to One UI 3.0, which is based on Android 11.

Galaxy M
what about f41,when will roll in
0 Likes
Share
Reply

Galaxy M
Can't say when . If one ui 2.5 update then you will get within this month
0 Likes
Share
Reply