There isn’t much you can’t do with a smartphone these days, from filming content to banking online from anywhere with just a few taps. But there is always room for improvement, and Samsung Electronics is constantly seeking to make the smartphone experience more intuitive to help us do even more. This is why One UI was created.

Unveiled in November 2018, One UI improved smartphone usability for millions of users. After two years of further evolution, Samsung launched One UI 3 in December 2020, building on the design, efficiency, and user experience of the original across various devices. Now Samsung is raising the bar yet again with One UI 3.1. From February 18th, the latest One UI is bringing updates to support powerful functionality for some existing smartphones.1

So what kind of experience can users enjoy with One UI 3? Samsung Newsroom sat down with the designers of One UI to ask them what we can expect.

The 4 Principles of One UI

1) Focus on the task at hand

3) Be comfortable to view

These four principles were established by One UI designers to give users the best experience possible.

The fourth principle is a completely new principle introduced for One UI 3.1.

“From tablets to foldable phones and regular smartphones, the types of devices people are using have diversified, and the number of features and functions has also increased,” said Principal UX Designer Jeonggun Choi. “Following this trend, new principles were needed to provide the best layout for our users.” Whether an app is running on the Galaxy S21, Galaxy Tab, or the foldable Galaxy Z series, the UI is optimized for each device.

When using the Samsung Notes app on smartphones with regular sized displays, for example, users can access the app menu by pressing the navigation button at the top left side of the screen. But on the Galaxy Z Fold and Tab series, users can take advantage of the larger display by having the entire menu always in view, without having to press anything.

As part of the fourth principle, Samsung has also improved the accessibility experience by recommending features that complement the ones already in use. When someone with impaired or weakened vision has High contrast fonts turned on, for example, One UI suggests other features that improve visibility such as Bold font or Dark mode on the Recommended for you screen. One UI also reduces the hassle of having to sort through several menus by allowing users to turn off any accessibility features they are using from a single screen.

“Accessibility features are so diverse that it can often be difficult to use them to their full potential,” said Jeonggun Choi. “The ‘Recommended for you’ function increases convenience and helps users get more out of those features by identifying and recommending ones that users may need. We’ve also made it easy to use these features only when needed by allowing users to turn the features on and off while in use on one page.” 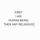