aliwaqasahmed
Active Level 3
I see users posting tons of problems in M30s everyday, I too face issues regarding charging, bugs etc etc... I should have checked the samsung members app before buying this phone. Sad reality is Samsung does not even care to relase updates irrespective of seeing so many negative comments from the users.
12 Likes
Share
Comment

For heating related issue find this one...

Ehsank
Active Level 9
bro, actually not that much problem what you seen here
actually people starting instant complaints the issue ,even a little it may be, for example someone saying my phone is heating issue, how they know is it really a heating issue, before complaint he/she should know about heating ranges
another example most of the people complaining regarding software issue thar they didn't get update, its natural to all companies, here Samsung a50, or a30 is mid ranger for Samsung which didn't get update but in other companies like Xiaomi higher range phone like note 8 pro is also not getting new update even security patch is at December.

i know have some problems but its happened to all companies midrange set and sometimes high
the problem is expectation is too high.
once we heard about new update release every one eagerly waiting for that and expecting to received just released
2 Likes
Share
Reply
Reply
Loading...
Highlighted

aliwaqasahmed
Active Level 3
Well bro if I tell you my phone gets auto restarted twice in a day then wud that nake a normal issue? despite that auto restart thing is turned off. Trust me i am using this phone and it does have few issues. one of the other heating issues example is its just very recent I noticed in calls the phone gets heat up rapidly fast.
1 Like
Share
Reply
Reply
Loading...
Highlighted 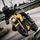 I must tell you since last and latest update(andriod10-OneUI 2.0-Security patch ->March 2020) My Galaxy m30s is only able to do 3 things - Lock, Unlock, reboot. This was the story of March and April. From 17th May 2020 my device is continuously restarting. Not even gap of a minute in between. With all these things, samsung is not even trying to genuinely reply the mails

still think issue is not that much?

vijaynish
Active Level 5
Visited Samsung Service Center on 06.05.2020 and explained some major problems in my M30s and are given below:-
1. Flash is missing while camera in 48 Megapixels mode.
2. Location update in maps is very poor and not accurate most of the times. Never Navigate properly.
3. Overheating near to earpiece area, while charging or calling.
4. Battery consumption is 15 to 20% in standby mode, while my three years old Mi phone consumes only 1% for the same period.
5. Applications freezes in between.

After my "yes" about software reinstallation , they asked me to come after one and half hour. They once again assured me that all problems you shared would be resolved after reinstallation.I was very happy at that moment.

They reinstalled the software and surprisingly nothing has changed.

The problems are still existing in M30S.

They have no idea what the customers are facing and what to do with these problems in M30s.

They just advised me to call the customer care on toll free number only because they have no specific solutions.

Another surprise for me and will be for all Samsung users,they advised  me never update the software via OTA.

They all are helpless. They have no idea of real problems and what the customers are facing, for them reinstallation of software is ultimate solution.

I think reinstallation is just eyewash and without new update or software patch the problems will not be resolved. I have shared all the problems associated with M30S and all log files timely with Samsung. (since 16.10.2019).

Now it is a universal truth that Samsung never works on Software. Most of the mobile companies are better than Samsung in this context.
4 Likes
Share
Reply
Reply
Loading...
Highlighted

aliwaqasahmed
Active Level 3
bro that is the same which happend with me when I visited the service center. For every other issues they seem to know only to reset factory data. They confirmed everything will be working fine but still there are many issues with this phone. Samsung is incompetent with other phones in the market, they are incapable of fixing bugs and release regular updates.
2 Likes
Share
Reply
Reply
Loading...
Related Content