Inclusion of some basic features in Samsung M series

There are 3 basic festures ehich samsung should provide in Samsung galaxy M31 as it is basic feature and is almost available in most of the budget smartphones and the hardware also supports it. I like Samsung that's why i purchased this phone. There are 3 features which i have enumerated below.

1. The hardware of Samsung M31 supports carrier aggregation but is not provided by the developer.

2. Screen recording has become very important nowdays but is only available for games in Samsung M31 it should be available to use everywhere in my phone as I don't want to rely on 3rd party app.

3. Samsung keyboard is the good app but it should add clipboard.  I don't want to use Gboard or any other 3rd party apps as Samsung already has such a nice optimized keyboard

The company and the developers should start working on those features if Samsung want to be as competitive as other budget Smartphones in the market. Samsung has a separate customer base which relies on the trust it has provided to its customers over the year. So.. i Request the management and the developers to give heed to my words as one such humble people who are associated to the company as its beneficiary from the very start of the company. 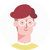