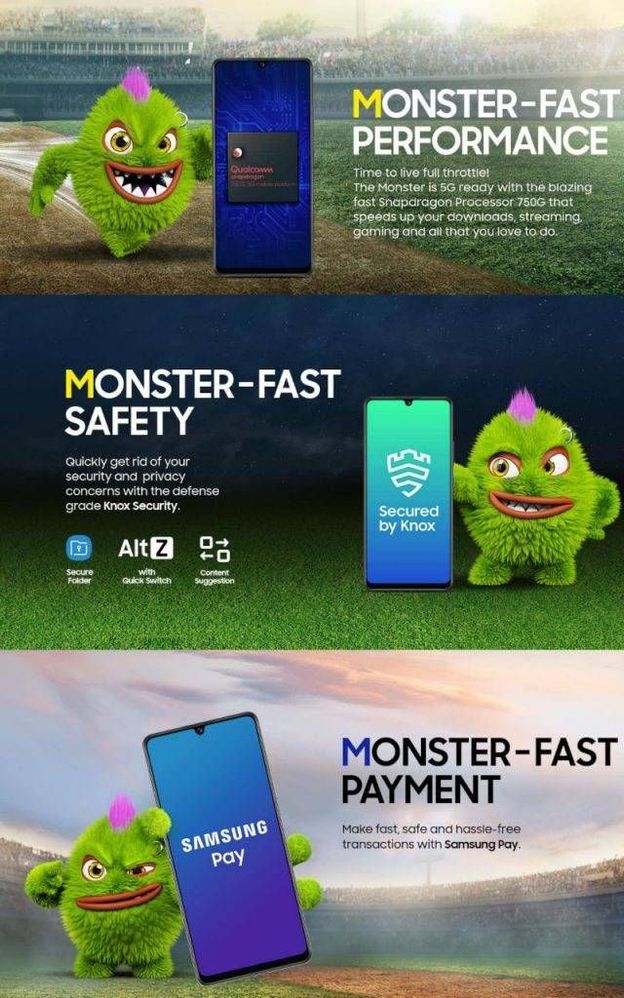 The company has also confirmed that it will come with Knox security with secure folder, AltZ with Quick switch, content suggestion and Samsung Pay. This is said to be a version of the Galaxy A42 that was introduced last year, and the design confirms it, but this is said to feature a 64MP main camera and a larger 6000mAh battery. It is said to come in 6GB and 8GB RAM variants.

Based on earlier reports the phone will be priced between Rs. 20,000 and Rs. 25,000. We should know detailed specifications and the price when the phone is launched later this month.