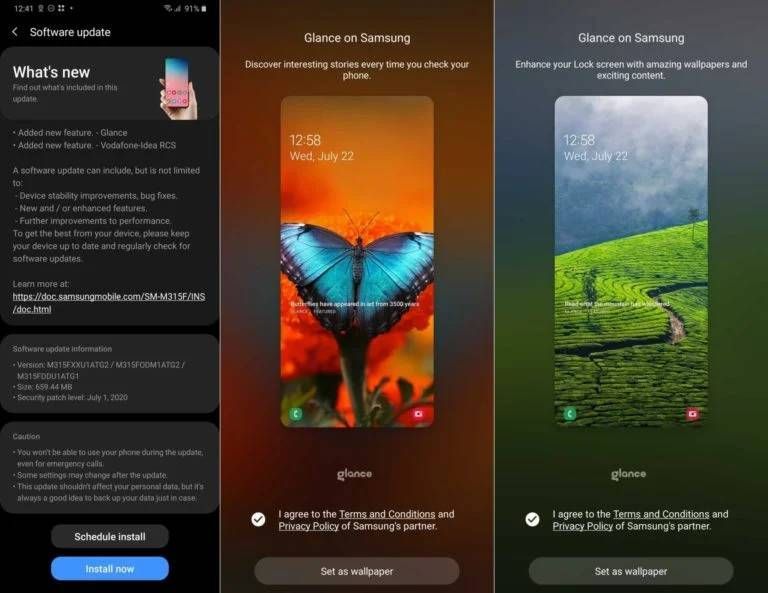 The Galaxy M31 was released earlier this year with Android 10 and the February 2020 security patch. A few months later, Samsung released the April 2020 security patch to the phone. Now, the South Korean firm has started rolling out a new software update to the device with the latest security patch and some new features.
A new software update with firmware version M315FXXU1ATG2 is rolling out to the Galaxy M31 in India. Apart from the July 2020 security patch, the update also brings support for RCS on Vodafone-Idea’s network. Glance, a feature that displays content and ads on the lock screen, is also a part of the update.
The RCS feature allows users to send text and multimedia messages via mobile data or Wi-Fi, unlike traditional SMS. As usual, the update also consists of bug fixes, security enhancements, and stability improvements for the smartphone. The new software update has a file size of 659.44MB, so we would advise you to download it through a Wi-Fi network.
If you’re a Galaxy M31 user in India, and if you haven’t received the update by now, you can check for the update manually by navigating to Settings » Software update and tapping Download and install on the phone. Alternatively, you can also download the new firmware from our firmware section and flash it manually.
7 Likes
Share
Comment

Cythegranddude
Active Level 5
Yes, Atin, this was released a couple of days ago, and a lot of us commented on it. The update went without a hitch.
1 Like
Share
Reply
Reply
Loading...
Highlighted 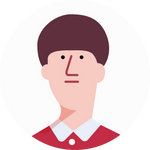 YatinAngara
★
Glance is a samsung phone's feature where you get certain information on the lock screen which you can enable or disable.
Rich Communication Services is a communication protocol between mobile telephone carriers and between phone and carrier, aiming at replacing SMS messages with a text-message system that is richer, provides phonebook polling, and can transmit in-call multimedia. It is part of broader IP Multimedia Subsystem
0 Likes
Share
Reply
Reply
Loading...
Related Content