Samsung Galaxy M31 has been teased to launch in India soon. While the handset is said to come with an improved 64MP camera, the core Samsung Galaxy M31 specifications will remain the same as its predecessor Galaxy M30s. Retail sources have informed 91mobiles that the smartphone will sport a 6.4-inch Super AMOLED Infinity-U display with a notch atop the screen to house the selfie camera. It'll house a gargantuan 6,000mAh battery and Exynos 9611 chipset, which were seen in last year's Galaxy M30s as well. Software-wise, the Samsung Galaxy M31 will come pre-loaded with Android 10-based One UI 2.0 out of the box, which is in line with the previous leaks and rumours.

Apart from this, the Samsung Galaxy M31 will come in two RAM and storage configurations: 4GB + 64GB and 6GB + 128GB. The phone is likely to have dual SIM slots with support for microSD card to further expand the storage onboard. Talking about the design, the smartphone will have an L-shaped quad camera module at the back, which will house a 64MP Samsung GW1 primary camera paired with an ultra-wide-angle lens, a depth sensor, and a macro lens. The phone's front camera details remain unknown at the moment. The Galaxy M30s, to recall, shipped with 48MP triple rear cameras and 16MP selfie shooter.
In addition to the Galaxy M31, Samsung is also gearing up to launch Galaxy M11 and Galaxy M21 smartphones. The handsets will be slightly more affordable than the M31. Going by the leaks and rumours, the Galaxy M21 will also be powered by Exynos 9611 chipset, but sport 24MP dual rear cameras and 4GB RAM. Details about the Samsung Galaxy M11 specifications and price remain scarce at the moment.
Samsung Galaxy M31 Specifications
Samsung Galaxy M31 Price, Launch Date
15 Likes
Share
Comment 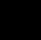 pranavchawla
Active Level 5
wahi puarana bekar processer come on Samsung do some improvement same processor u were using in s9 in a series and now in m to that is the main reason mi and OnePlus is having more customers than u
0 Likes
Share
Reply
Reply
Loading...
Highlighted