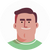 Galaxy J
why did you buy samsung, i genuinely suggest everyone that if you really want "only" a samsung phone, go for either s series or note series, because these series of phones have very much capable hardware with everything in it and not regular but periodic software updates; for example when we go to budget segment of phones , we see samsung skips upon various important sensors such as Gyroscope, which you will get even on 7000 INR phone of other brand i.e. say Xiaomi; Also a fact is that the processor which samsung uses in On & J series phones such as Exynos 7870 is a two year old processor, it cannot run for a whole bunch of 3 or 4 years; and they are not like Snapdragon 821 or 835 or even Samsung's own Exynos 8890 or 8895; which still can handle anything for 3 to 4 years. Also a notable thing is that Samsung's feature loaded Experience UI makes the phone slow too. The main moto of speaking this is that, we should not go by what a brand wants but, what we really want. It is us who have given opportunities to such companies to fool us; And Samsung has an old habit of not learning from their mistakes; also Samsung thinks that it is like Apple that whatever the company will sell, customer will buy. It is us who have to become aware of these things and today everyone is knowledgable about these things. 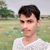 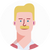 Galaxy J
Thanks for reaching out to the Samsung support communities! We do apologize for the inconvenience caused to you due to delay in the release of software update for your device. Samsung constantly works towards bringing-out the best updates and incorporating the latest technology along with great features. However, updates are released through FOTA in waves only, so we’re unable to determine when your device will receive an update. We will notify you any update in this regard via FOTA. We appreciate your loyalty, thanks for sharing your concerns with the Community! Be sure to hit ♡ when you find an answer that works for you.

Further assistance, you can get in touch with us via Live Chat option by following- http://livechat.support.samsung.com/Customer_new/IN. You can also connect us via Samsung Members web community by following mentioned url-https://community.samsungmembers.com/en_IN#/