SouvikGalaxyFan
Active Level 7
Samsung’s flagship Galaxy S and Note lineup are offered in two different variants around the world. While devices in the US, China, Latin America, etc. receive the Qualcomm Snapdragon chipset, most other regions receive devices with an Exynos chip. Due to this, custom ROM development for the devices is a bit inconsistent, to say the least. For instance, the Galaxy Note 10 with the Exynos chip just recently received its first unofficial build of LineageOS 16 based on Android 9 Pie. However, due to the popularity of the Galaxy S10 series, developers have managed to port LineageOS 17 based on Android 10 to the Exynos variants.
An unofficial build of LineageOS 17 is now available for the Galaxy S10 series on our forums and you can flash it on your device right away. The build brings all of the cool new features introduced in Android 10 while offering a clean stock Android-like experience. Before you go ahead and download the ROM though, you should carefully read the installation instructions mentioned in the thread linked below. Users who have already tried out the ROM have reported a few issues, including the lack of dual-SIM support. However, the thread does contain some instructions to enable dual-SIM support. It’s also worth noting that the current build doesn’t include support for VoLTE and VoWiFi.
1 Like
Share
Comment 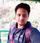