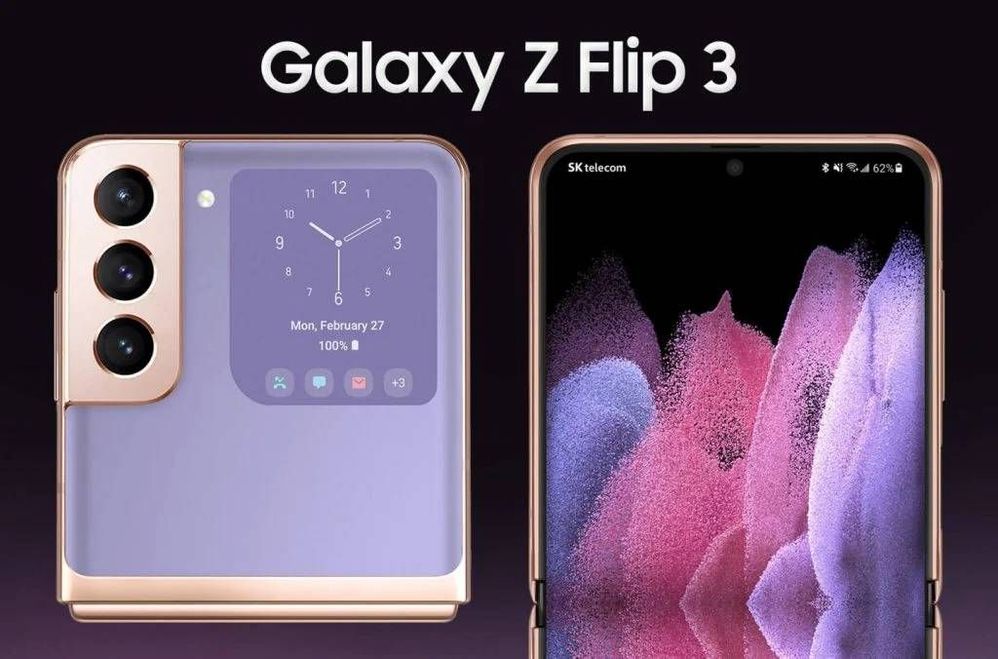 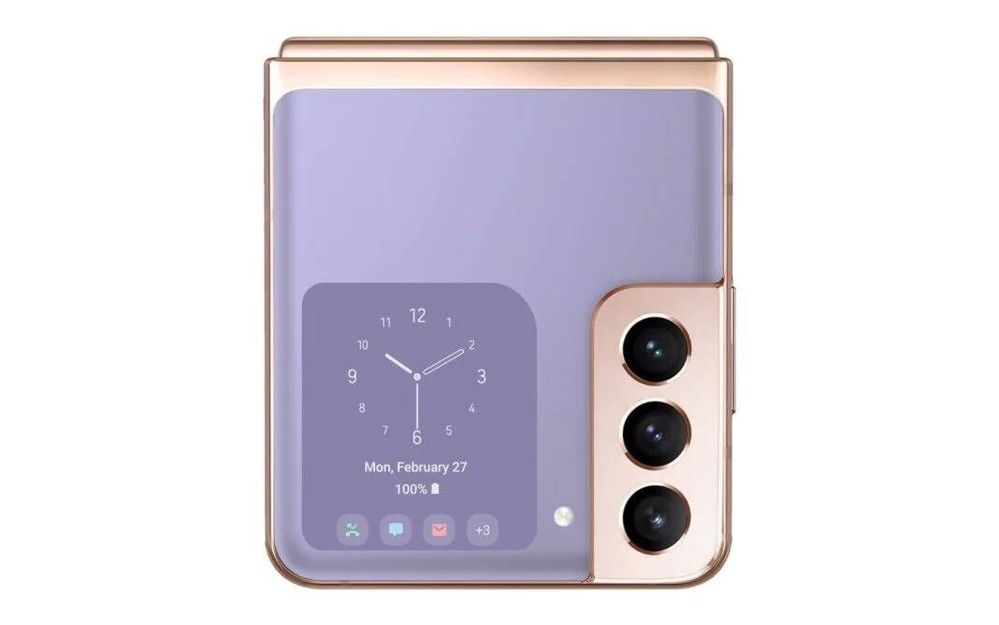 Samsung stepped on the ultimatum and opened out a gateway for foldable devices with the “Galaxy Fold”. Although it messed up the first attempt and launched the device twice in 2019, Samsung is currently the master of this art. The Galaxy Z Flip/Z Flip 5G is an example of the company’s one of many widening prospects. That said, a concept of next-gen clamshell device, which is rumored to be Z Flip3, has now surfaced online.

First uploaded on a Korean forum and spotted by @FrontTron, the concept render shows the Galaxy Z Flip3 in Purple color with Golden borders. Also, just like LetsGoDigital points out, its camera layout reminds us of Galaxy S21. The latter is likely the upcoming Galaxy-S flagship of 2021 from Samsung.

Further, LetsGoDigital has taken this image and imagined its unfolded position. They have used one of the leaked wallpapers of the Galaxy S21. Talking about the render itself, it shows a triple-camera setup which, if true, will replace the horizontal dual-camera setup on the predecessor.

However, don’t expect them to pack a similar setup like the Galaxy S21 as Samsung is very clear about the distinction of its devices this time. Moving on, the cover display seems to be a bit bigger. Earlier we got to know that the Z Flip 3 is probably coming with a 1.81-inch secondary display which is bigger than the 1.1-inch on Z Flip.

Regarding the primary bending display, we might see a 6.70-inch AMOLED display on Z Flip3. This will be a 0.03-inch more than Flip and have a centered punch-hole for the selfie shooter. Other expected specs is an 120Hz LTPO screen, a mid-range SoC, faster storage, and charging support. It is expected to launch sometime in Q1 2021.