switching to other brand

moosapg
Active Level 5
Hi
I was a die hard fan of samsung mobile till this april. Since 2012 I'm using samsung phones only and I'm suggesting samsung to my friends and relatives. Now it is the time to change.
I'm a middle class man working on a home appliances outlet. On selling tv refrigerator oven I was pushing samsung to my customers (even some of them asking for different brands I convert their mind to samsung).
How can I lie to somebody Samsung's customer support is good when it's really not.
I think samsung know the dirty politics in india.
Give support to premium customers and some random budgets and just shut all mouths
I'm coming to my problem I have purchased a midrange phone a6plus (there was other brands cheaper than this and higher features but the only reason is I'm a samsung lover and also I've not that plenty of money to by Samsung's flagship)
Every time I'm stuck on an older version of android
I bought this phone on oreo version and got updated to pie on april but 3 months later android 10 got released.
I'm checking members app software update in menu and sammobile site like opening fridge for update related news.
Now I'm studied that word your phone is upto date.
I know some promoters will reply "wait bro it willcome".  You dont need to tell that because I know android 10 may come to my device but sadly I definitely  be behind of time my phone will run android 10 when other brands and Samsung's premium phones running on android 11
In brief I've been forced to stick on older software
But I've no complaint to any one that's my mistake that I love samsung
So now onwards I will look other brands and I won't support samsung any more in my shop too.
And dont tell me about pandemic and lock down
Because there is no logic. If they pause update in all regions (lock down is in almost every countries)
And IT was open for work from home and later got exeption from lock down. If they dont give update in all countries or other brands can't give update in india there was a logic on Samsung's lockdown dialog
Thank you
No need a reply from admins
And I'm sorry in some debates happened in same app I was supporting samsung and I was saying samsung is good I'm sorry about that that was my mistake sorry sorry sorry

moosapg
Active Level 5
one more time we all get it after the release of android 11 or before one or two month of it
then we will stick on older software and forced to by new device
0 Likes
Share
Reply
Reply
Loading...
Highlighted 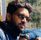 ᎥᏁᏆᎬᏒᏟhuᏢᎥᏢᎥ
Expert Level 5
by the way ....we s9 users waiting 2 months for security patches..and if you want to know about os update then for your kind information there is no hands of Samsung in os update ..it's totally depends on Google as android comes from Google not by Samsung..Google with Samsung and other devices agreement happened mid of 2019 and revised 2020 clearly stated that not more than 2 major os to any Samsung device, not more than 3 to one plus and Google own pixel will get maximum 3 to 4 major update and security updates maximum 2 years for all....now Samsung delaying for covid 19 that is excuse may be ..because other countries giving and rolling out updates..now you are switching to other brand so you can but definitely don't go for any chinese devices
1 Like
Share
Reply
Reply
Loading...
Highlighted

moosapg
Active Level 5
I think u didn't read my note completely. my device is a6plus that got only one major update and listed in members apps one ui list. (changing date to date).
and s9 is an old flagship. sorry if I'm wrong u are supporting samsung (talking like this) because u got major update earlier (ie android 10 we most midrangers didn't get it)
and one more thing I mentioned that I'm a middle class who struggles to keep rs2000 minimum balance in sbi account
so I've no worry about security if the reason u said that "dont go for any Chinese devices"
I appreciate ur comment
but it will not change my mind
and remember samsung I told u I'm a sales person on an home appliances show room
thank u for your advice
1 Like
Share
Reply
Reply
Loading...
Highlighted

moosapg
Active Level 5
@interchupipi pls dont comment without reading full article.
I already written this too.
this schedule gets changes
I'm not happy with a schedule until I get the update. and I know it will get to my device. but only just days before or after the official android 11 release. again I will have only an older os. and the policy that u said only 2 major update.