heating issue in a51

Techinfopm
Active Level 1
I have some older screenshot but they have same problem of heating of a51 with other people's (source- from Samsung members) they are older but real and truth which u and your team should not ignore.
See it and believe that this phone has heating issue
Paperwork are not always right (it is same as single piece of paper can't decide anyone's future) 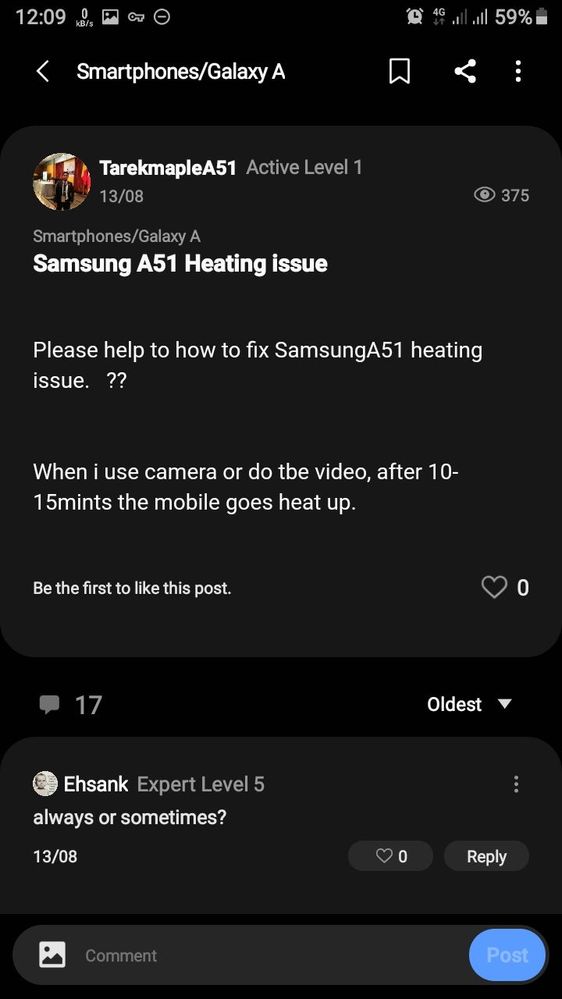 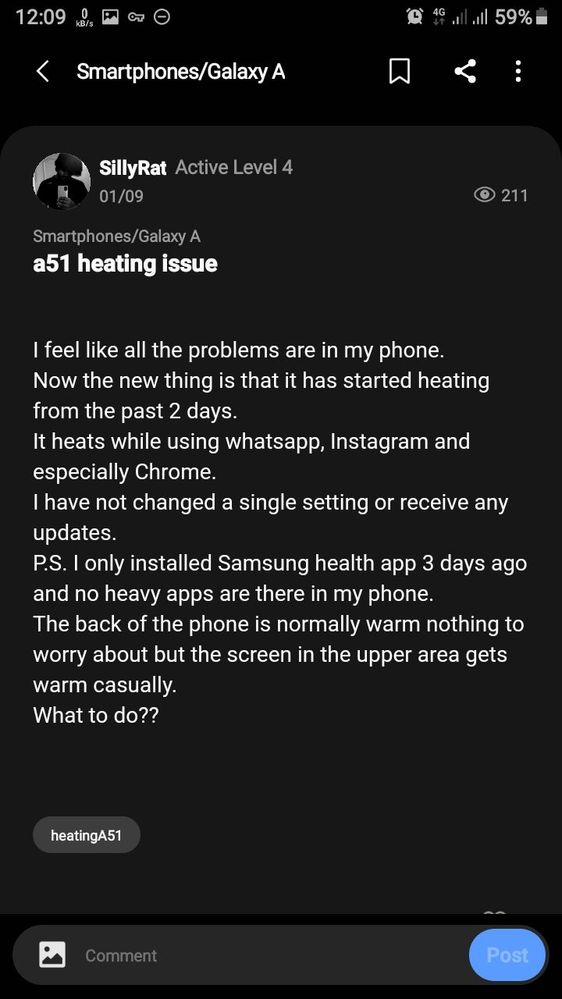 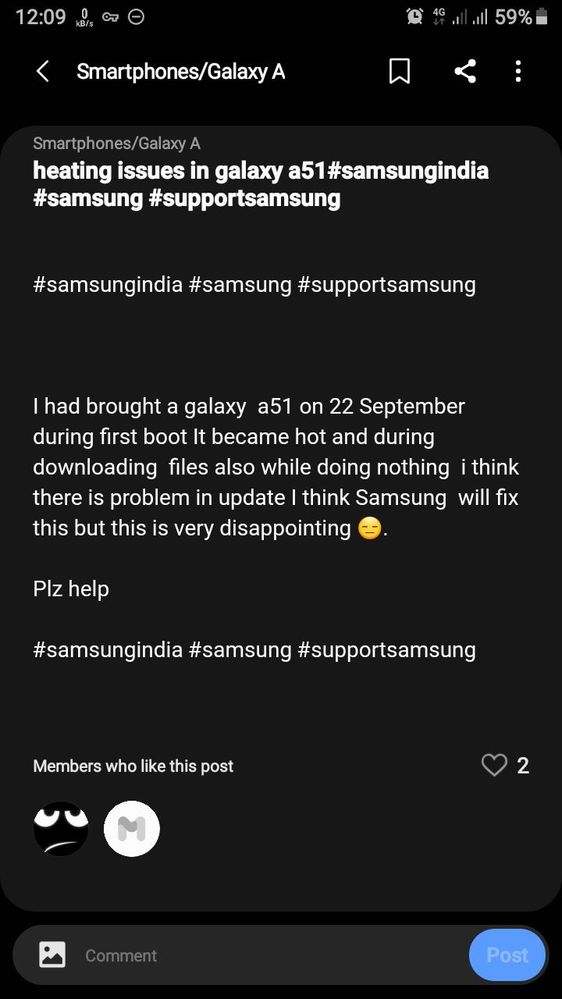 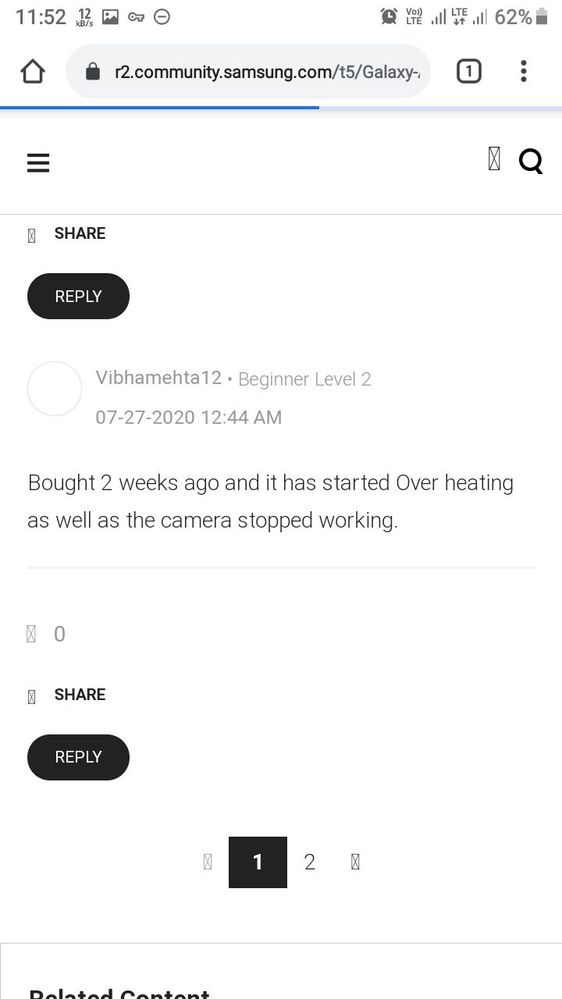 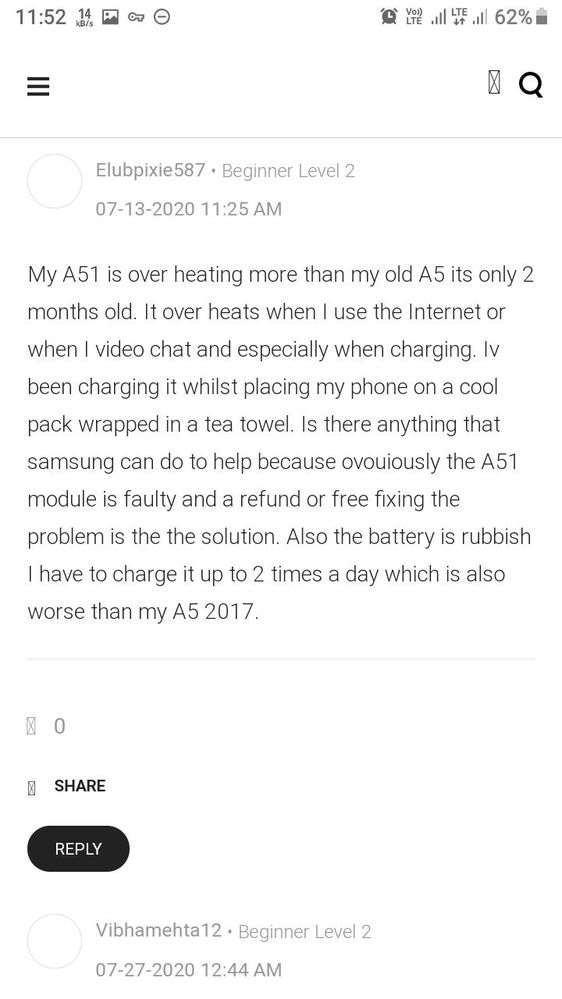 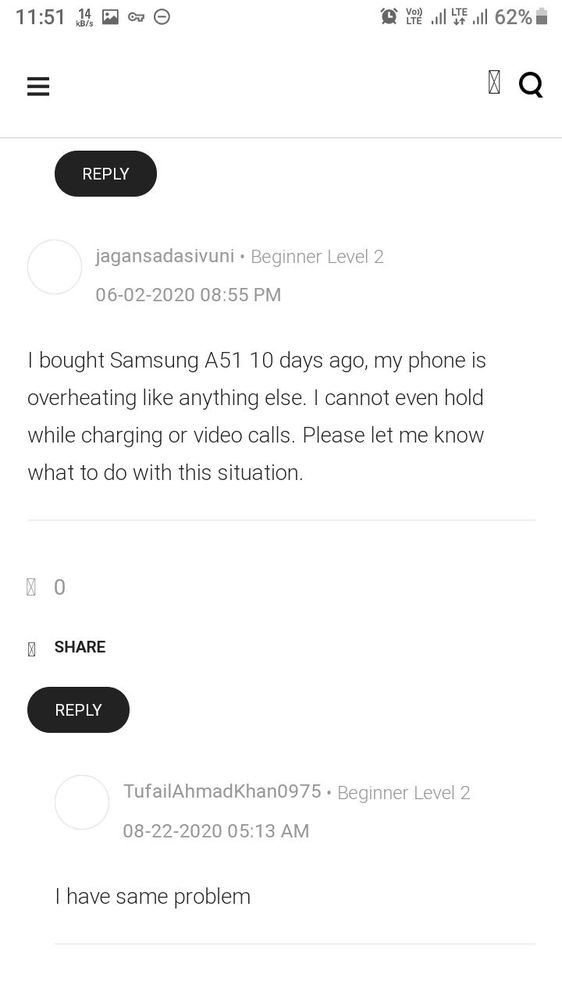 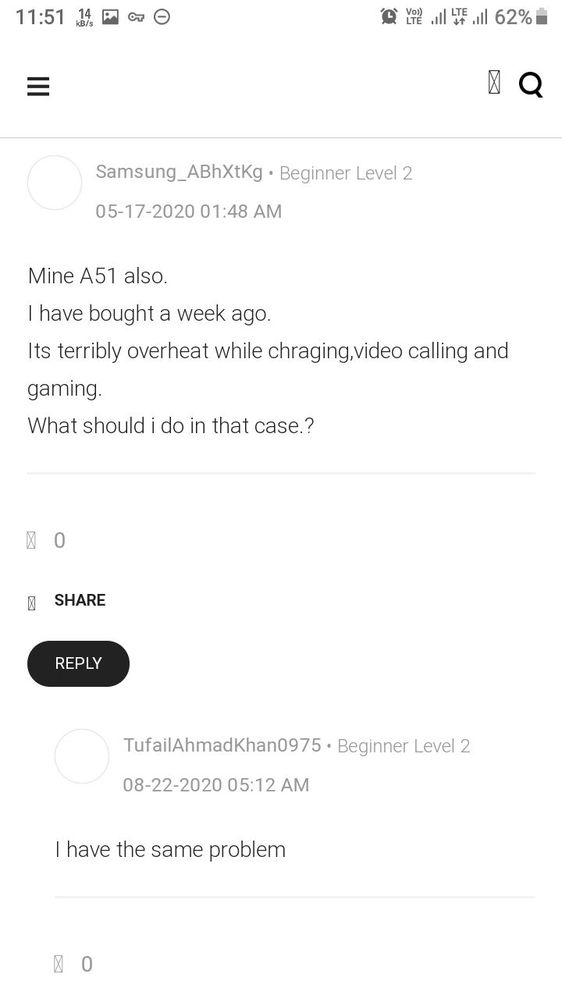 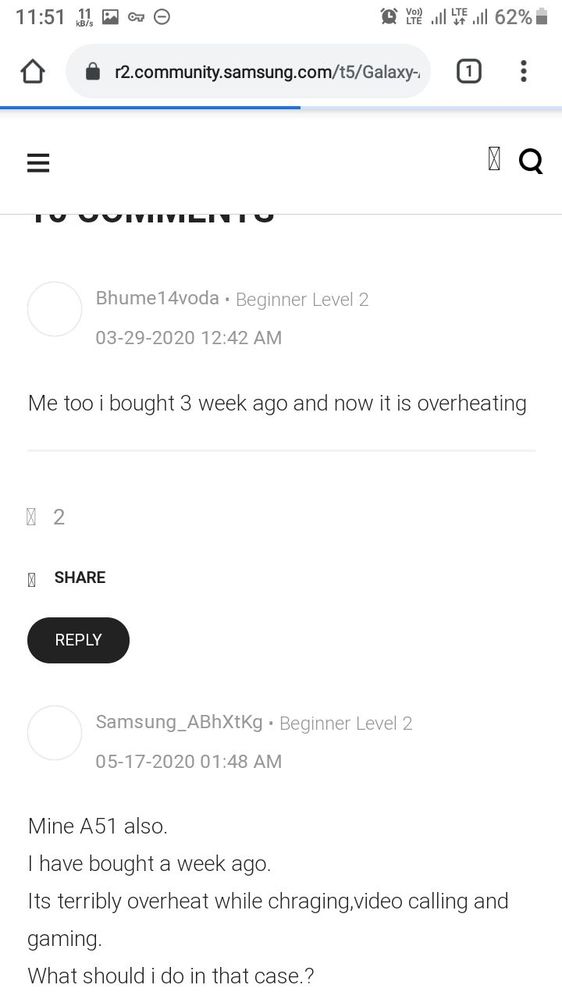 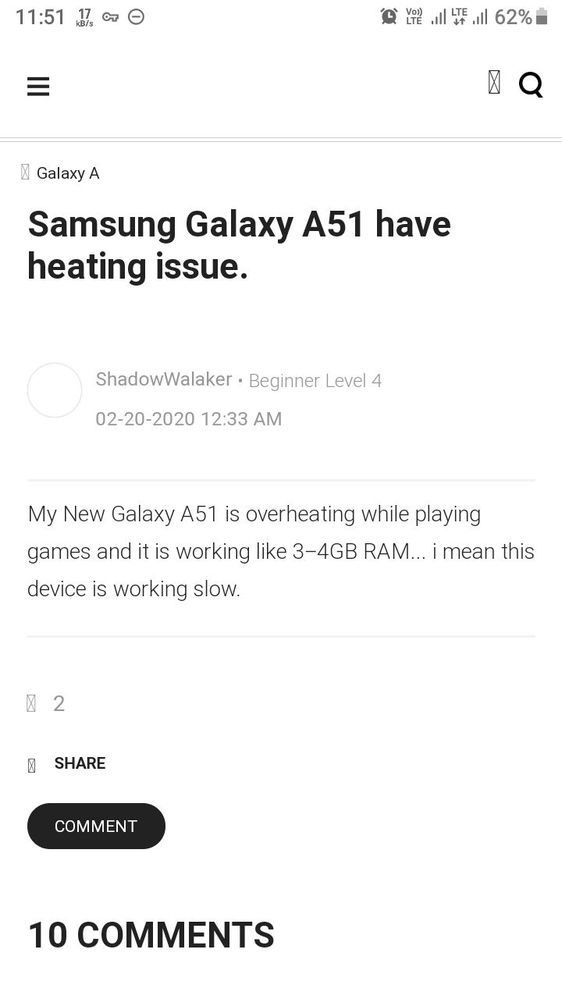 I have so many comments expect that all .
And all people are saying a51 phone is performing worst than older generation phone like a5 , j7 ,nxt etc
I think if there is not a hardware issue than there is a software issues
So plz check it and improve because I am also facing same issue as in screenshots .
I can not say that all a51 are heating but as I have I will tell .
I brought Samsung phone by seeing pervious Samsung ' s phone lifespan and performance , in my home there are other Samsung products like washing machine , TV , power bank , 3 smartphone not a single problem with them but this is first one and I have suffered with so many problems due to worng details given by customer care.
Now days people buy smartphone by seeing reviews on YouTube which are true most of the time but some of big youtuber we see are sponsored by Samsung which will not speak truth .
If many people are facing issue it can not be worng I request u Samsung to replace my device otherwise I have so many proofs and your call center agent recording making me fool by giving worng information not only one agent 2-3 people given worng information about replacement of device .
And service center engineer says यहां पर हमारा राज चलता है customer care executive ने क्या कहा गया मुझे नहीं पता अगर आप customer care Ka का नाम लेंगे तो मैं आपको और परेसान करूं गा जो करने हैं कर लिजिए he say me to not to use Samsung's inbuilt app Bixby and device care and said if you use this applications ur device will always heat I can not do anything जो करने हैं कर लिजिए( in aggressive behaviour).
Atlast want to say if my device is not replaced I will file a case against Samsung india firstly is consumer court and than in high court or supreme court if matter does not resolve is lower courts.
And I have believe on myself that I have enough documents to win a case
So if u and your team does not want that happen and I also so plz check this problem and inform me what u and your team will do and what I have to do .
I had some believe on Samsung but now look like it is going to break if my phone not replaced one thing I forgot to mention in my case data cable was also defective very small was can hardly be seen from naked eye due which I get shock during which that in pc at that time I seen that
््््््््््््््््््््््््््््््््््््््
#samsung #samsungindia #samsungcare #support #samsungsupport
Thanks for reading this large problem in large way
Pranjal MISHRA
techinfopm@gmail.com
1 Like
Share
Comment

sreevijay
Active Level 8
in a51 there is no overheating issue i know that there may be a slight heating which is not an issue the heating is produced in every devices not only in ur phone . i don't know whether ur phone is overheating or not how much does ur phone heats go pls comment about that. Is ur phone running on latest software??
0 Likes
Share
Reply
Reply
Loading...
Highlighted

PAULjose
Active Level 6
bro I'm using A51. It is producing heat but my device is not over heating. It produces heat when using camera and I used to play pubg in smooth extreme at the time is heats up but no over heating.
1 Like
Share
Reply
Reply
Loading...
Highlighted

AGP25
Active Level 6
If your phone over heats ..you can feel it..you won't be able to hold the phone..the heating is because of the exynos 980..can't help it bro..you need to use it in optimized mode..and while using camera every phone heats up very much, I've tested most of the flagships same results..just make sure it doesn't go above 40°c..33-35°C is the ideal temperature to use..for exynos
0 Likes
Share
Reply
Reply
Loading...
Highlighted

SillyRat
Active Level 6
Hi buddy,
I see that you have added my post's Screenshot too.
but I would like to inform that the phone is fixed now and there are no overheating issues.
just heats slightly. not much.
hope your problem is fixed too
1 Like
Share
Reply
Reply
Loading...
Highlighted