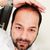 Samsung’s Dual Messenger feature allows users to install two separate instances of popular instant messaging apps. This allows users to have two different Snapchat or WhatsApp accounts on the same phone. However, some users have been facing issues while using WhatsApp in the Dual Messenger mode, and Samsung is planning to fix those issues.

Galaxy smartphone users have been facing an issue where they are unable to send files saved on the phone via WhatsApp in the Dual Messenger mode. Moreover, users are unable to open files received via WhatsApp. This problem is present on WhatsApp version 2.21.10.16 (or later). Samsung has announced via its forum that it will fix this issue with a software update in the future.

Until then, Samsung recommends sending files by opening the Gallery or My Files app, selecting the files, and sharing them via WhatsApp’s second instance. To open files received on WhatsApp, the South Korean firm recommends forwarding them to your first WhatsApp account and opening them from there. Samsung had introduced the Dual Messenger feature four years ago.

Are you facing this issue on your Galaxy device while using WhatsApp in Dual Messenger mode? Let us know in the comments section below.

This Article From Sammobile

Galaxy A
Yes , it's bad problem , please ireceved important files by daul WhatsApp, and not able to use them , or save them in my phone
Plz what the solution?
1 Like
Share
Reply

Galaxy A
Meanwhile please use WhatsApp Business application, because i am using nowadays and u will get all data from your dual WhatsApp. InShaa Allah soon samsung team & WhatsApp team both are working on it.
1 Like
Share
Reply

Galaxy A
Iwill do and tell you
0 Likes
Share
Reply

Galaxy A
My pleasure, If your problem is solved kindly accept solution, its very simple Just click on three dots on the bottom right side of the comment, and click on Accept as solution ✅.

Galaxy A
Look there is no box ( accept) to slect