ShehzadAhm
Active Level 4
Samsung has started rolling out the Android 10 update to the Galaxy A50 in India. The software update with firmware version
A505FDDU4BTC8 has a file size of 1793.44MB. Along with Android 10 and One UI 2.0, the update also brings along the March 2020 security patch to the mid-range smartphone. 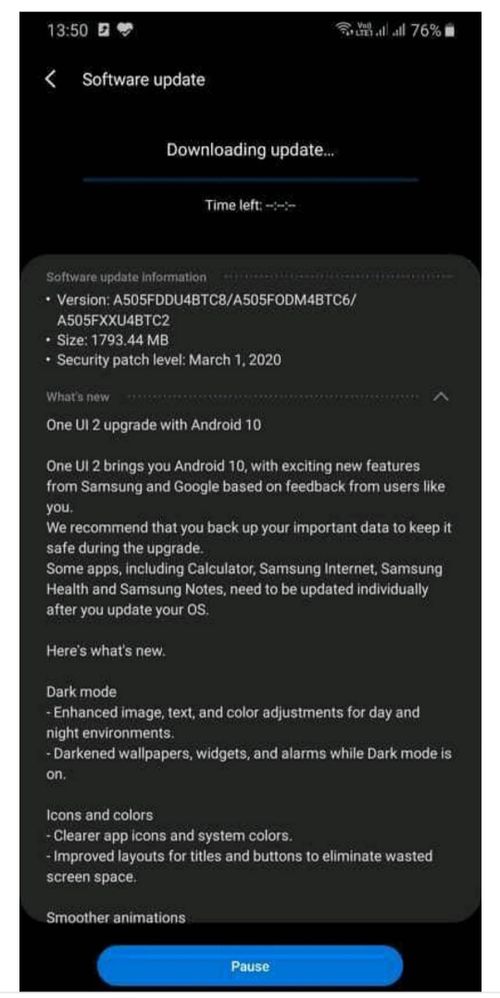 There were so many people asking for A50 update and finally the wait is over!!
2 Likes
Share
Comment

ShehzadAhm
Active Level 4
In response to aryakumar
The issues have been resolved I suppose.
It's written that :
"Samsung had actually rolled out Android 10 to the Galaxy A50 in India two months ago but later pulled the update after users complained of software bugs. A few users who had updated to the buggy version of Android 10 before it was pulled are also getting a 150MB update that fixes those bugs. The company firm had also halted the Android 10 update to the Galaxy A70 last month due to bugs".
0 Likes
Share
Reply
Reply
Loading...

AdithyaR
Active Level 7
In response to aryakumar
I too own A50 but I'm not facing any such issues... in fact all the issues are resolved in my device....
2 Likes
Share
Reply
Reply
Loading...