ImSRV
Expert Level 5
So its been 1 month i have been using this device.
I treat myself in between general to medium gamer and this is my experience with Samsung A50s purchased after a year of its release 😆😆😆
Even though its a year old device I'm not regretting my decision to go with this deal in flipkart BBD as i was pretty impressed with this device in midrange.
I purchased M30s just for battery but the backup in that device reduced after oneui 2. Before that I'm a S9 user.
So, being an S9 user i never regretted my decision in buying M30s in January. Though i missed some features i used to get great battery backup of 16-17hrs SoT initially. Which gradually reduced to 11-12hrs after oneui 2. I also used M21 for few days in midrange. So, overall i was satisfied with this new A50s after using 2 M series devices.
Repeating same points with my first impressions sorry for this.
Dedicated post :
https://r2.community.samsung.com/t5/Galaxy-A/battery-Backup-in-A50S/td-p/5949016
Settings i follow :
https://r2.community.samsung.com/t5/Galaxy-M/Tips-to-improve-battery-life/td-p/5039156
Deep sleep drain : One thing i observed is on regular usage deep sleep drain (overnight 12am-7am) is just 1% when battery is more than 25 before sleeping. And 4-5% when battery is below 25. Even while using devic battery below 25 drains quicker than usual i tried calibrating but still has this. This can be fixed with update.
Device came with oneui 2 August Security out of the box if i recall i have to apply only one update i.e September security update and no updates from then. Hopefully 2.5 with November will be released soon as rollout started in many countries. Eligible for oneui 3 according to Samsung policy so no need to worry atleast for 1 year about updates.
CONCLUSION : With my experience with M30s, M21 and my friends experience with M51 this is definitely a good device in many aspects compared to them.
This is just my experience & opinion with my type of usage. This will definately differ with others. 🙂🙂
A50s first impressions :
https://r2.community.samsung.com/t5/Galaxy-A/Samsung-A50s-vs-M30s/td-p/5837570
12 Likes
Share
Comment 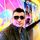 ImSRV
Expert Level 5
In response to Dhurbraj
depends on personal usage brother i removed some system apps and you can see that dedicated post i mentioned in this post.
0 Likes
Share
Reply
Reply
Loading...

SoumikMukherjee
Active Level 5
Same bro, I had m30s sold that and got A50s for 12500 on BBD sale. Except the ram management, this phone is awesome. Waiting for the one UI 2.5 update. Hope they solve this issue in the next update. Worth every penny.
1 Like
Share
Reply
Reply
Loading...