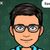 Galaxy A
Samsung’s yet another budget phone is now official and it’s entitled as the Galaxy A22! Unlike other budget phones, it comes with a handful of interesting features such as a high refresh rate display, flagship-like camera capabilities, powerful processor, eye-catching colors, and much more.
After surfacing on the web several times, the Galaxy A22 smartphone has finally made an official debut on June 3rd, 2021, but consumers have to wait as it just announced and the company has reserved its launch to the market. Meanwhile, we got every single specification, design, and feature of this new handset.
Galaxy A22: Premium features at the budget segment
Yes… you got it right! The South Korean tech giant’s new budget smartphone comes with a 6.4-inch Super AMOLED Infinity-U display with HD+ resolution and a 90Hz refresh rate, quite identical to the premium Galaxies.
In terms of optics, the Galaxy A22 features a quad rear camera sensor, which consists of a 48MP primary camera, with OIS and autofocus, plus an 8MP ultrawide sensor (F2.2), a 2MP macro camera (F2.4), and a 2MP depth sensor (F2.4). On the front, it has a 13MP selfie camera with an F2.2 aperture.
Of course, it comes with the last year’s Android 11 OS and Samsung One UI 3.1 software system, which makes it eligible for upgrades up to Android 13 (most probably the One UI 5.x). Powered by an octa-core MediaTek Helio G80 processor, it will be available in three memory options: 4GB/64GB, 4GB/128GB, and 6GB/128GB.
Apart from this, the Galaxy A22 also brings Dolby Atmos audio for earphones and Bluetooth devices that’s nice for playing content. Additional features include a side-mounted fingerprint reader, expandable memory up to 1TB via microSD card, 5000mAh battery with 15W fast charging, LTE, GPS, Wi-Fi ac, Bluetooth 5.0, NFC, USB Type-C port, and a 3.5mm headphone jack