Galaxy A53 could feature Exynos 1200 processor, might disappoint gamers

The Galaxy A53 will be Samsung’s next premium mid-range smartphone, and information regarding the device was first leaked four months ago. Later, its design and color variants were revealed. Now, the smartphone’s processor and memory have been leaked ahead of launch.

The US variant of the Galaxy A53 (SM-A536U) appeared in Geekbench’s database, revealing the phone’s operating system, processor, GPU, and RAM. The device appears to be running Android 12, and it uses the Exynos 1200 processor (codename S5E8825). It scored 690 points in Geekbench 5’s single-core CPU test and 1,846 points in the multi-core CPU test. The Galaxy A53 has 6GB of RAM, but there’s no information about its storage capacity.

The Exynos 1200 appears to have eight CPU cores. Two of those CPU cores are running at 2.4GHz clock speed, while the rest of them are running at a clock speed of 2GHz. Digging further revealed that the processor features the ARM Mali-G68 GPU, which is two generations old and might disappoint when it comes to gaming performance (unless Samsung has added a lot of cores). However, we would still wait for the official release.

The Galaxy A53 is expected to feature a 6.5-inch Super AMOLED Infinity-O display with Full HD+ resolution and a 120Hz refresh rate. It might also have an in-display fingerprint reader, IP68 rating, and stereo speakers. The phone lacks a 3.5mm headphone jack, though. It has a quad-camera setup at the rear, consisting of a 64MP main sensor. It is powered by a 5,000mAh battery and the phone’s production seems to have begun already. 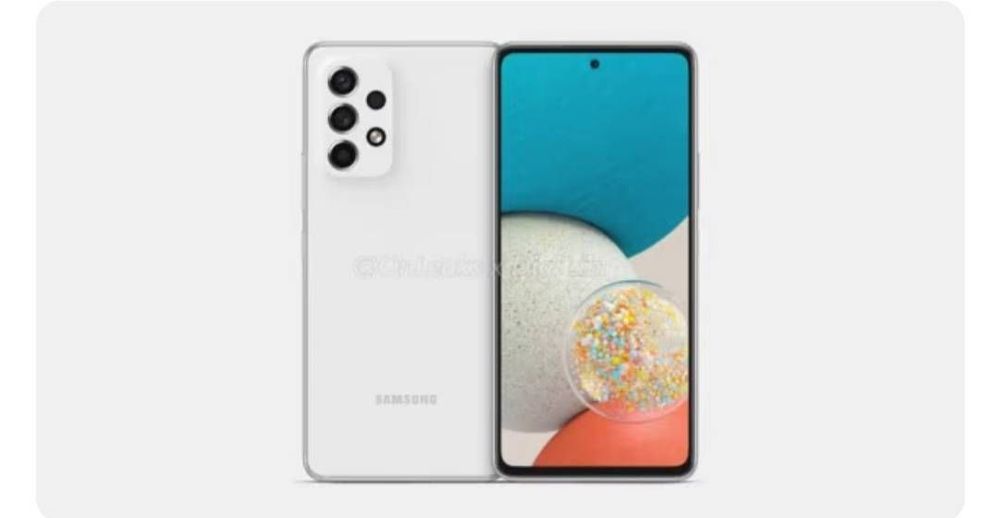 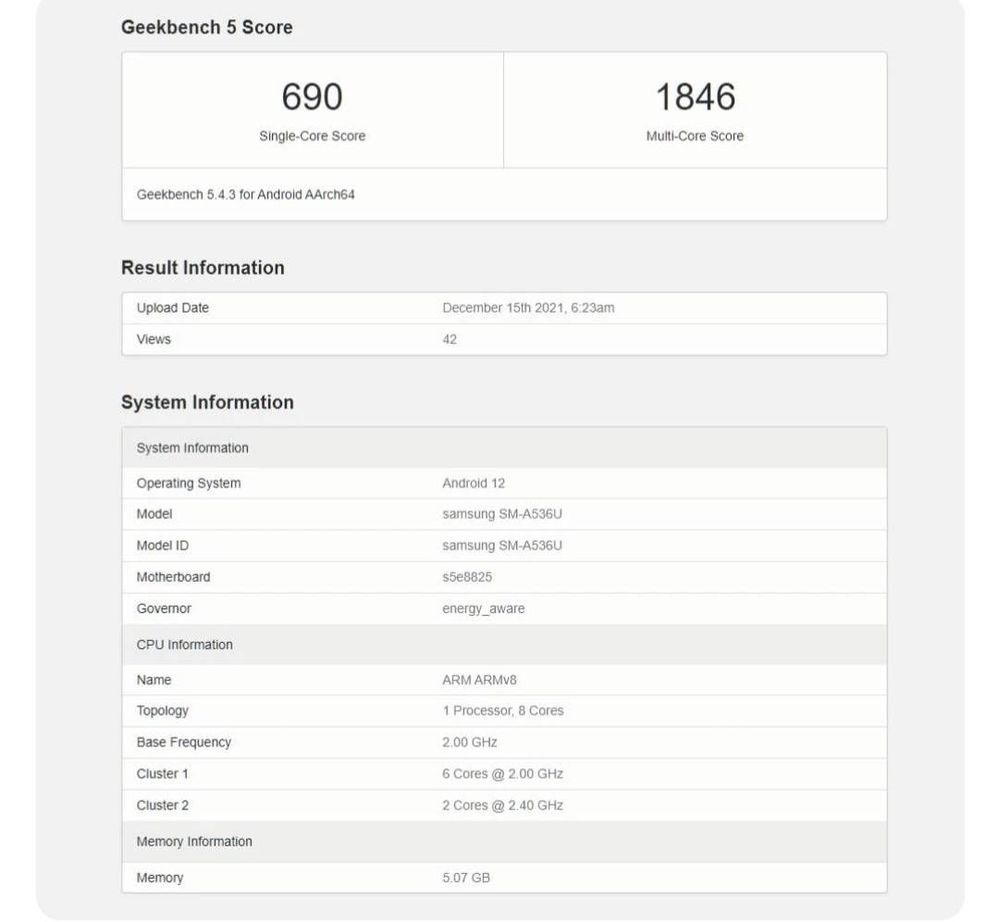