Galaxy A
Hi Guys,
The good news is that Samsung has started rolling out the new update for GALAXY A52. This update said to be containing October Security Patch with fixes for over 60 vulnerabilities.
The new update is based on October security patch level as mentioned earlier with Build Number A525FXXU4AUI3.
This update has started rolling from October 6th, 2021 and till now it has been released only for Ukraine.
You can find detailed changelog of this update below.
Build Number : A525FXXU4AUI3
Android version : R(Android 11)
Release Date : 2021-10-07
Security patch level : 2021-10-01
• The stability of Camera has been improved.
• Following applications or features added: RAM Plus
• Overall stability of your device has been improved.
• The security of your device has been improved.

In case you were wondering what RAM Plus is, it’s the virtual RAM feature that has become popular on Android phones recently. Basically, it reserves part of the internal storage – 4 GB in the case of the A52 – and treats it as RAM.
2 Likes
Share
Comment
7 Comments 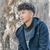 Galaxy A
Mostly highend smartphones only. But not for you A31
0 Likes
Share
Reply