WhatsApp transfer between iOS and Samsung phones is finally here! 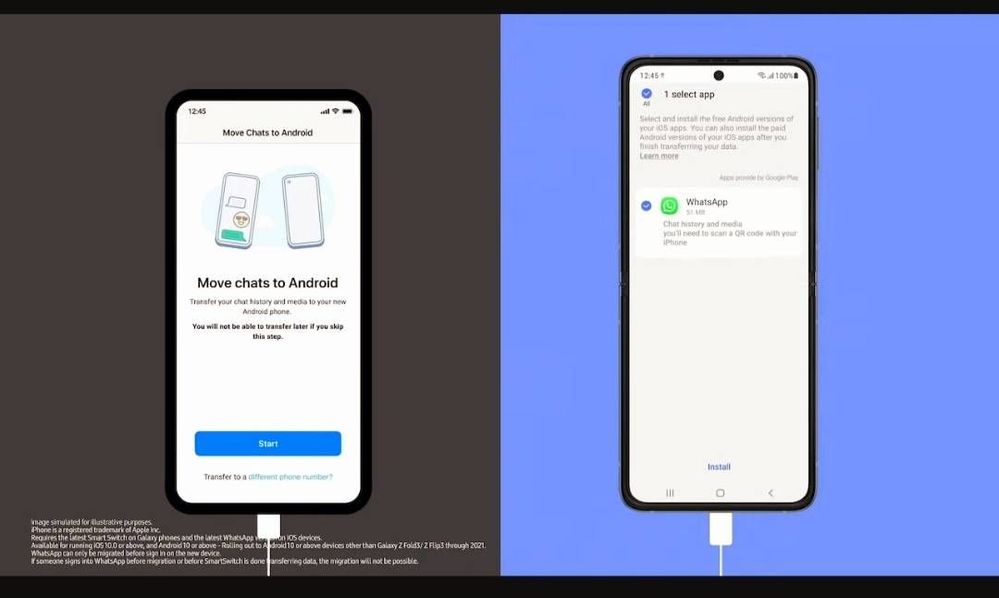 Galaxy Unpacked was largely about demonstrating Samsung’s newest foldables, the Galaxy Z Fold 3 and Galaxy Z Flip 3. That is why one key announcement almost slipped under the radar- the ability to transfer WhatsApp chats between Android and IOS. However, the functionality is limited only to Samsung phones. The feature is finally rolling out now, as confirmed by WhatsApp blog spot.

WhatsApp has made the process unnecessarily cumbersome 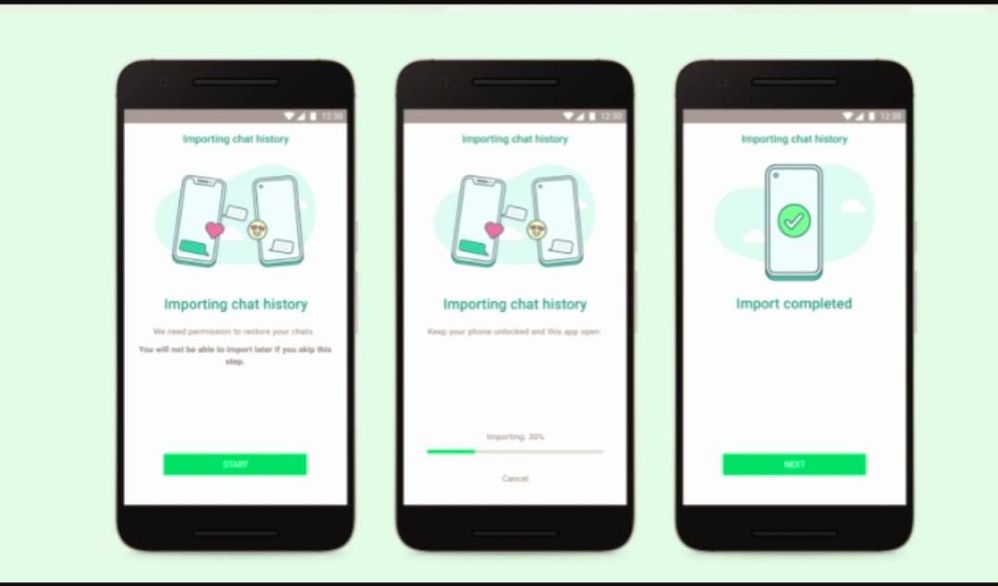 Due to WhatsApp on Android and iOS using different cloud platforms for backups, transferring chats isn’t as simple as exporting from the cloud. The process is 100% local and hence requires a USB-C (or micro USB) to Lightning cable. Once both phones are connected, the Samsung phone in question needs to have Smart Switch version 3.7.22.1 or newer installed.

The old iPhone needs to have WhatsApp iOS version 2.21.160.17 or newer and the new Samsung phone WhatsApp Android version 2.21.16.20 or newer. The Samsung device has to run Android 10, at least. Support for older operating systems is incoming, according to WhatsApp. Lastly, this process is only possible when you set up your Samsung phone for the first time, so you may have to factory reset your phone if it is already operational.

Now, begin setting up your Samsung phone and select ‘Smart Switch’ as a mode of transfer. You’ll be prompted to scan a QR code on your iPhone via the camera. The setup process will take a while; once you’ve booted into Android, open WhatsApp and log into your WhatsApp account with the same phone number. If things have gone smoothly, you should be able to see all your WhatsApp chats on your Samsung phone. Everything except peer-to-peer payment information will be imported.

Do note that this process works only one way, i.e. between an iPhone and a Samsung phone. The ability to transfer chats between an old Samsung phone and iPhone isn’t live yet, and one can only hope that it arrives sooner rather than later. You can find out more about the process on WhatsApp’s dedicated page.