The Galaxy A series has an important place in Samsung’s lineup. The Galaxy A5x and A7x handsets are particularly noteworthy. Not only are they some of the best Samsung phones that you can buy, they also happen to be among its best-selling devices.Samsung has consistently made them better over the years. It has also been improving their cameras significantly to enhance competitiveness in this segment. If a new rumor is believed, Samsung’s planned camera upgrade for the Galaxy A73 will give the new device some cool bragging rights.

Galaxy A73 will lead mid-rangers in the megapixel race

Rumblings from South Korea suggest that Samsung is planning to equip the Galaxy A73 with its 108-megapixel camera. Samsung has previously used it as the primary sensor on the Galaxy S21 Ultra and Galaxy S20 Ultra.

The company has launched multiple iterations of its 108MP camera over the past couple of years. The ISOCELL HM3 sensor inside the Galaxy S21 Ultra is the latest. It’s a 1/1.33″ sensor with 0.8μm-sized pixels. Check out our Galaxy S21 Ultra review for details about this sensor’s performance.

It’s unclear if this will be the same sensor that Samsung uses for the Galaxy A73 or if it opts for one of the earlier iterations. There’s always the possibility that this rumor could true out to be inaccurate.

It’s not impossible for the Galaxy A73 to get the 108MP sensor, though. An “awesome camera” is very much part of the Galaxy A series DNA. With the company expected to bring OIS to the entire Galaxy A 2022 lineup, it may need to introduce this upgrade just to make sure its top mid-range device has some cool bragging rights.

Samsung is obviously not hinting anything right now about next year’s Galaxy A series. We still have a few months to go before these handsets are due. We’ll keep our eyes peeled for more information about them in the coming months.

Community Guidelines
When will be the launch date?
0 Likes
Share
Reply 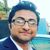