MrGEEK
★
1. Zero tolerance policy must be taken towards such users and such activity.

2. I don't mind to see some occasional off topic threads in community, as it ease up the mood. But occasionally only.

3. For me it won't affect much because all such content are only posted in "others" and I choose filter to unsee it when needed.
But according to my opinion we have to think about other users too and make a seperate sub-forum for all such off-topic threads.
1 Like
Share
Reply
Reply
Loading...
Highlighted 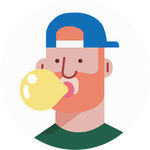 RohanGhag
★
Having A Different Forum Will Solve The Problem. 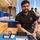 Tech4youbySid
★
So if you feel like BAs are spamming you will kill them? This is your resolution? come on man. now after using such words don't try to play Victim card.🙄🙄
1 Like
Share
Reply
Reply
Loading...
Highlighted

PunitVerma
★
1. yes users should be removed who threatens BAs or any other members.

2. No, off topic threads should not be posted here on this community. If we do post off topic content, Then there's no reason to call this community a Samsung Community.

Comments for the Point 1 as above:

1. A direct threat to users, is simply intolerable and such users should be banned or follow the strikes mechanism (I think which is already in place)
2. It is possible for genuine members to come up with such language to express their angst, as a feedback this should be taken up with prompt action and the user can be reached out for their pain point and at the same time the user should be notified for not using such expression.
-- Reason: Simply closing a certain expression will block them to share their concern, will block us with critical feedback and ultimately fireback on us.

3. If the user continues to do so repeatedly, even after crossing a set defined number of strikes or a cool down period, then the user is clearly violating the terms of the platform Samsung and all appropriate action taken is justified.

We can implement invisibility cloak where such user's comments is not visible on the platform or only to admins and moderators. This can contain such hatred while allowing us to be at the receiver's end of such feedbacks.
------------------------------
Comments for Point 2 & 3 as above:

Ocassional off-topic threads on the Members Community is allright but should be limited but with a certainty defined measure for what is considered as "occasional".

YES, a different sub-forum always helps to keep things more relevant and organised. But a sub-forum should be meaningfully different so as to avoid confusion for simply naive users. Even if a miscellaneous category is required, that would be preferable than two forums with synonymous name/use case.
1 Like
Share
Reply
Reply
Loading...
Highlighted

It is funny that you think this is a negotiation, where so many BAs and other users are asking to ban you.

BA Super league is anyway ending soon, I want to make it clear that your unacceptable behavior has anything to do with it.

Currently waiting on community feedback whether to ban users like you or not.