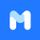 Adm_usernamereset
Active Level 6
Breaking: India bans 59 Chinese apps including TikTok, Mi Community, and Clash of Kings The Government of India’s Ministry of Electronics and IT has just issued a press release announcing the ban of 59 apps that are “prejudicial to [the] sovereignty and integrity of India, defence of India, security of state and public order.” The list of banned apps includes TikTok among others. As of today, here is the list of 59 Chinese apps that will be banned in India: List of 59 Chinese-made apps now banned in India TikTok Shareit Kwai UC Browser Baidu map Shein Clash of Kings DU battery saver Helo Likee YouCam makeup Mi Community CM Browers Virus Cleaner APUS Browser ROMWE Club Factory Newsdog Beutry Plus WeChat UC News QQ Mail Weibo Xender QQ Music QQ Newsfeed Bigo Live SelfieCity Mail Master Parallel Space Mi Video Call – Xiaomi WeSync ES File Explorer Viva Video – QU Video Inc Meitu Vigo Video New Video Status DU Recorder Vault- Hide Cache Cleaner DU App studio DU Cleaner DU Browser Hago Play With New Friends Cam Scanner Clean Master – Cheetah Mobile Wonder Camera Photo Wonder QQ Player We Meet Sweet Selfie Baidu Translate Vmate QQ International QQ Security Center QQ Launcher U Video V fly Status Video Mobile Legends DU Privacy Many notable apps are on this list. First of all, there’s TikTok, the video-sharing social media platform that has seen a surge in popularity since the beginning of the coronavirus pandemic. Then there are multiple apps from Xiaomi, including Mi Community and Mi Video Call. Popular utility apps like Parallel Space, Xender, Shareit, and Cam Scanner are also mentioned. China’s Twitter alternative, Weibo, will also be banned. The incredibly popular “Clash of Kings” mobile game will also be banned in India. We’ve seen controversies arise around several of these applications in the past, most notably TikTok, Cam Scanner, and all the DU mobile apps, but to see a targeted ban like this from a major government is something we never quite expected. The Government of India “has decided to disallow the usage of [these apps], used in both mobile and non-mobile Internet enabled devices.” This means that Indian users will not be able to access these apps and services through either the mobile app or through a website sometime after today, though it’s unclear if the government will force app stores to delist these apps on mobile app stores on top of blocking these services on an ISP-level. India is citing section 69A of the Information Technology Act in its decision to ban these 59 mobile apps. Section 69A of the IT Act reads as follows: 69A. Power to issue directions for blocking for public access of any information through any computer resource.– Where the Central Government or any of its officers specially authorised by it in this behalf is satisfied that it is necessary or expedient so to do, in the interest of sovereignty and integrity of India, defence of India, security of the State, friendly relations with foreign States or public order or for preventing incitement to the commission of any cognizable offence relating to above, it may subject to the provisions of sub-section (2), for reasons to be recorded in writing, by order, direct any agency of the Government or intermediary to block for access by the public or cause to be blocked for access by the public any information generated, transmitted, received, stored or hosted in any computer resource. The procedure and safeguards subject to which such blocking for access by the public may be carried out, shall be such as may be prescribed. The intermediary who fails to comply with the direction issued under sub-section (1) shall be punished with an imprisonment for a term which may extend to seven years and also be liable to fine. The Ministry of Electronics and IT notes “raging concerns on aspects relating to data security and safeguarding the privacy of 130 crore Indians” as a contributing factor in its decision. The ministry “has received many complaints from various sources including several reports about misuse of some mobile apps available on Android and iOS platforms for stealing and surreptitiously transmitting users’ data in an unauthorized manner to servers which have locations outside India.” Because of “the compilation of [this] data, its mining and profiling by elements hostile to national security and defence of India,” the Ministry of Electronics and IT considers this matter “of very deep and immediate concern which requires emergency measures.” Tensions between India and China have been escalating this month over border disputes which led to a major Chinese smartphone maker canceling its live online product launch and spurring consumers to voluntarily boycott Chinese-made apps and products. Today’s announcement is the latest escalation that has spilled over into the realm of smartphone technology. We will keep an eye out on this news to see if the ban list is expanded, shrunk, or dismissed entirely in the coming days.
3 Likes
Share
Comment

Chetan76
Active Level 4
but Galaxy Store has not removed these apps
Request to remove form Galaxy Store if possible.
example: 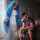