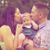 It seemed too good to be true when Samsung started rolling out the Android 10 update for the Galaxy S10 series a couple of weeks back, a full month before the year ends. We have been using Android 10 on one of our Galaxy S10+ units and have found it to be pretty stable, and our readers from various countries have also found it to work pretty well.

However, it seems a few serious bugs slipped through in the update that was released in Israel, as Samsung has halted its rollout in the country. We can confirm that the update is no longer being rolled out in Israel. According to one of our readers from the country, Samsung customer support is not giving any specific details and is only saying that a new update will be released soon.

It’s possible the bugs that are affecting the update are specific to the devices sold in Israel/Israeli carriers, as the same Android 10 build was released in every market and there haven’t been any reports of any major issues in the update from other countries. We’ll keep an eye on the situation and let you know as soon as we hear anything, and you can also tell us in the comments if you have run into any issues on your Galaxy S10 after updating to Android 10.