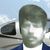 جالاكسى نوت
He says that powerful programs that run on an Intel processor do not work because the ARM processor is weak This is a wrong idea, gentlemen There are encodings that are incompatible with chains of encoders zero-one and those of ARM processors These programs simply will not run on an ARM processor, as they are simply written according to the Intel architecture and media of the computers. It is not about the strong and the weak. Preset on each processor by type and device media Secondly, the ARM processor, and this is a secret that many geniuses of engineers and companies may not know. I discovered it myself It works with the so-called wireless flash of power That is, it works with little radiation of current But Intel processors need constant and powerful power injection and feed ARM processors chipsets combine most other chipsets such as RAM, GPU and internal memory And maybe some sensors, all in one chip very small nano And if we give a few nanometers to increase its area, increase the silicon atoms and allow the current to be fed to provide it with more radiation, it will be much more powerful than Intel processors. whose processors and chips often run separately or in combination have a much larger shape and size on some mobile devices Add that processing and coding operations on Intel processors work more complex and not smooth at all inside the processor and across computers Finally, I suggest that ARM processors, power generation and storage circuits in smart devices should be configured for wireless charging far and near via Wi-Fi, radio waves, echo technology, inductive charging technology, sending satellites into space equipped with solar cells, and waveform compatibility with technologies for this purpose. Providing sensor on smart devices for this purpose and means of ensuring safety
0 نقاط إعجاب
مشاركة
التعليق
0 التعليقات